We are a Angular staff augmentation company based in Argentina. Our main goal is to help our clients to hire the best Angular developers to boost their projects.

We help companies in the US, Canada, UK, Europe and other parts of the world find the right Angular experts for development outsourcing.

Siblings Software is ready to help! 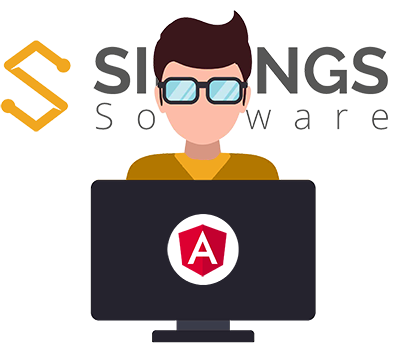 Hiring a Angular developer through Siblings Software is very simple and fast.

Tell us
about yourself

Tell us about your goals, your project needs and requirements.

We will select the profiles that best fit your project in a matter of days. Then, you will be able to choose your preferred one.

Integrate it into your project

Your new Angular expert developer will join your team and start working from day one.

We have the talented Angular developer you need.

All Angular developers on our team have the following qualities:

Popular frameworks, such as Django, Flask, CherryPy, Pyramid or Tornado.

Object-Relational Mappers, such as SQLAlchemy or Django ORM.

If you decide to hire a Angular developer, you will enjoy the benefits of a robust open source programming language used to its full potential by a specialist.

Hire the best Angular developers for your project.

Choose us as your

Get in touch and hire the most experienced Angular developers.